5 ARTISTS WHO PROVE THERE IS NO AGE LIMIT FOR LEARNING MUSIC!

Yes, you doubt yourself because you are an adult and wonder if it is too late for you to start learning something new? Simple answer is that You are not! However if you don’t believe our words, maybe the following artists who had a similar curve and had a late start to their professional career as musicians. They started late or got recognised very late in their life.

Sheryl Crow
Crow started out as a music teacher after graduating from the University of Missouri, earning a Bachelor of Arts degree. She continued to pursue her dreams, however, by playing gigs on the weekends and writing jingles for commercials. Crow didn’t reach mainstream success until she was 31 years old when she shot to fame with her single “All I Wanna Do.” The song helped her win the Grammy award for Best New Artist in 1995.

Leonard Cohen
Cohen was born in Canada in 1934, and emerged in the music industry at the age of 33. He started as a writer but found it difficult to earn money, and turned to writing folk music full-time. He began writing for other artists, such as Judy Collins, and eventually signed with Columbia Records. After a failed stint as a fiction writer, Cohen released his debut album at 33, but it wasn’t for another 17 years did he release “Hallelujah” which has been covered (and released) by over 200 artists in various languages. He played various instruments including guitar, piano and synthesizer. 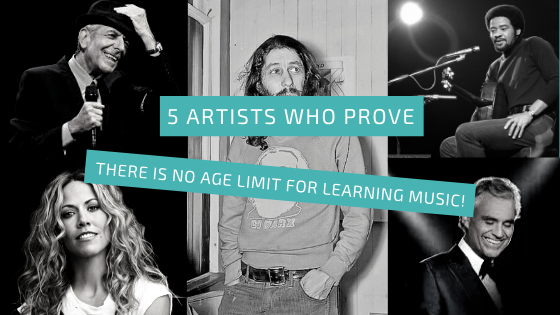 Tuli Kupferberg
Kupferberg was a poet, author and cartoonist, along with being a musician. His music career took off at the age of 40, when he co-founded the Fugs, a funk/punk band. Before that, Kupferberg was well-known for his counter-culture books “Beatniks” (1961) and “1001 Ways to Beat the Draft” (1966).

Bill Wither
Withers enlisted with the United States Navy at the age of 18 and served for nine years, during which time he overcame his stutter and became interested in singing and writing songs. Withers released his debut album with the hit “Ain’t No Sunshine” at age 32. When he debuted with the song "Ain't No Sunshine", he refused to resign from his job because he believed the music business was a fickle industry.

Andre Bocelli
One of the best-selling singers of all-time, Bocelli was 34 when he released his debut album, but it wasn’t until his third did he reach worldwide success with Sogno which went cracked the top 10 in 10 countries. Bocelli was diagnosed with Traumatic glaucoma, becoming completely blind at age 12 after a football accident . Since 1982, Bocelli has recorded 15 solo studio albums of both pop and classical music, three greatest hits albums, and nine complete operas, selling over 90 million records worldwide. He has had success as a crossover performer, bringing classical music to the top of international pop charts.

So, it is never too late. All of us will agree that even if the artist discussed above got their fame at an old age or started late, they were determined and passionate about learning. They always inspired themselves and finally, they got there. Like Picasso rightly said “ Inspiration exists, but it has to find you working .“ 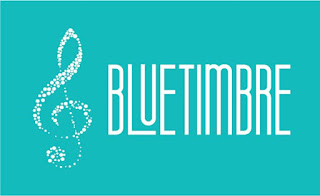